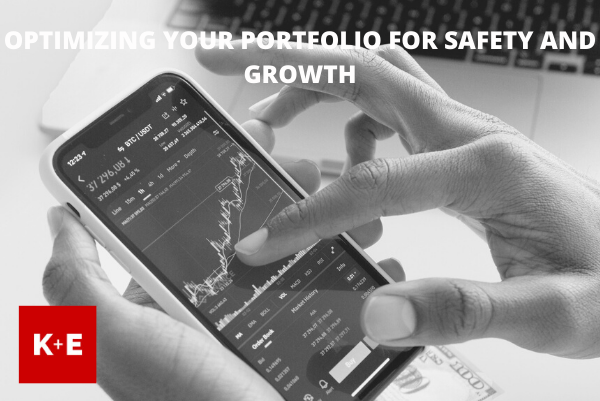 Understanding the times we are living in is critical to your financial success.

THE CYCLE OF DEMOCRACY

A democracy cannot exist as a permanent form of government. It can only exist until the voters discover that they can vote themselves largess from the public treasury. From that moment on, the majority always votes for the candidates promising them the most benefits from the public treasury, with the result that a democracy always collapses over loose fiscal policy, always followed by a dictatorship.The average age of the world’s greatest civilizations has been 200 years. The United States became a nation in 1776. That means the U.S. is 241 years into the CYCLE OF DEMOCRACY!

Where is the United States in this cycle?  We appear to be in the Apathy to Dependence stage.

A NATION LOSES ITS SOUL

I CAN PROVE IT!  In the next lesson we will look at the U.S. Federal Budget.

ENTITLEMENTS AND MANDATORY PAYMENTS EQUAL 73% of ALL federal revenue.

THIS IS WITH SOME OF THE LOWEST INTEREST RATES IN THE HISTORY OUR AMERICA!This means that it is IMPOSSIBLE to balance the FEDERAL BUDGET unless ENTITLEMENTS are slashed, but politicians WILL NOT do this because cutting entitlements means LOSING VOTES!

One of the scariest trends in the history of the world is to look at the fertility rate! Bear with me for a moment as I explain this. Once you see what I see, you will realize that the global economy cannot recover for at least a generation.

For a society to GROW, a fertility rate needs to be GREATER than 2.0

A fertility rate below 2.0 means the population is aging. There will be MORE people entering retirement years and receiving benefits without paying INTO the system, along with FEWER working age people because the society is SHRINKING. This is like a PONZI SCHEME! At some point the entire system will collapse from the weight of entitlement benefits as NOT ENOUGH people will be working to pay into the system to keep it afloat.

Even if policies were enacted to entice people to have as many kids as possible, things cannot be fixed for at least a generation!

Consider the following hypothetical example: What if a country came up with a new policy that said if you had five kids you don’t need to pay taxes anymore. WOW! Let’s say that the majority of the world took fertility medication and all of them had quintuplets. Unreasonable and unlikely. But let’s say it happened. . . It would still be 18 years before those kids entered the FULL TIME workforce and became productive members of society.

Even with that crazy example, the situation would not turn around for about two decades! The global economy does not have that much time before an entitlement time bomb explodes causing a hyper-inflationary recession of biblical proportions, as governments will either inflate their money supply or die. There is no other outcome.

This is not just the case in the United States, but in all countries. It is the ugly side of politics. Politicians will do almost anything to get votes.

When a government RUNS OUT OF MONEY, it starts doing CRAZY THINGS!

There is a MAJOR PROBLEM with this. The END RESULT of this scenario is that the EXACT MECHANISM governments use to GENERATE REVENUE WILL DESTROY REVENUE and make things worse!

A recipe for success to stimulate the economy is to decrease government spending and lower taxes.

A recipe for failure is to increase federal spending (which causes inflation), and raise taxes (this will not work as most of the world is living at the margin, just barely scraping by).

Interest rates are CYCLICAL.  Throughout history they go from HIGH to LOW or LOW to HIGH on average every 28 YEARS!

WHAT HAPPENS WHEN INTEREST RATES RISE?

When Interest Rates RISE, the BOND MARKETS GET CRUSHED. Federal bonds, municipal bonds, corporate bonds. . . ALL BONDS! Since the 1940s, stocks have typically moved up with interest rates.

EVERYONE IN OVER 20 STATES IS UNEMPLOYED!

America has had a strong dollar since the Clinton administration

70% of everything American’s consume is imported—so we see deflation in prices (i.e. our dollar buys more). The inverse is also true—American good are MORE expensive overseas.

A strong dollar is one way to boost the rest of the world while bringing America down.

A CLASH OF WORLDVIEWS

The Trump administration represents a paradigm shift in U.S. Dollar policy that has dominated US policy since the Clinton administration.Trump wants to ”make America great again!”

How does he want to accomplish this?

Through a weak dollar policy! With this policy initiative imports will be more expensive and, and exports will be cheaper!

The world is becoming more globalized and citizens around the globe ALL WANT CHEAPER GOODS! When a country relies on IMPORTS, the best way to accomplish the objective of cheaper goods is through the the currency’s relative strength against other currencies.

WHAT COMES WITH A WEAK DOLLAR?

These two go hand in hand. A weak dollar means fewer around the world want to invest in it. So, to entice investment in US treasuries, higher interest rates are required. The weaker US Dollar means prices will rise on imported goods and a shift in consumer behavior won’t happen quickly, thus inflation is coming!

BREAKING DOWN THE TRENDS

THE GLOBAL ECONOMY IS SICK

There is a leading economic indicator that I look at that tells an amazing story of global economic health.It is the BALTIC DRY INDEX (BDI)The Baltic dry index tells us that the world is experiencing an economic slowdown of cataclysmic proportions!The Baltic Dry Index measures the demand to move raw materials and precursors to production. It measures raw materials used in manufacturing, such as:COAL, STEEL, CEMENT, AND IRON OREWhen the index is performing well, it means the manufacturers of the WORLD (i.e. China), are needing materials to build stuff. When the index is down, it means manufacturers are not needing raw materials to build things because business is slowing down.

This is just downright HORRIBLE! The Baltic Dry Index is down 89% from its peak in May, 2008. This means we are in the midst of A GLOBAL ECONOMIC SLOWDOWN LIKE NOTHING WE HAVE EVER SEEN!

So far we have established that:

There is no such thing as a bad investment (unless it is unethical or immoral). There is just bad timing for investments.

IMPLICATIONS OF THE PENDULUM SHIFT IN INTEREST RATES

Why are interest rates so important?

Because we are in debt up to our eyeballs at the:

Most of America is living hand-to-mouth, paycheck to paycheck, at at the margin. Increasing debt payments squeezes people at the margin the most.

LIFE AT THE MARGIN

What happens when your income doesn’t increase, but your DEBT payments do if you have absolutely no extra money left at the end of the month?

A BRIEF LOOK AT THE FOUR MAJOR INVESTMENT CATEGORIES AT THIS POINT IN THE MARKET CYCLE  (WHAT DO WE KNOW?)

BOND MARKET: Not just DOWN, It will get CRUSHED!

GOLD AND SILVER: UP

STOCK MARKET: Initially DOWN, then UP