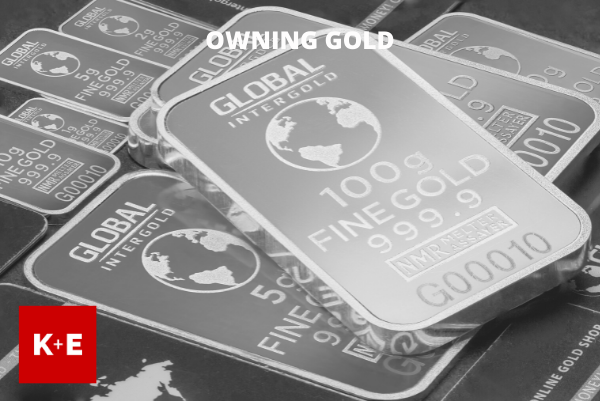 For the past 6,000 years, the most sought-after form of asset protection has been gold. Gold coins are the most liquid financial asset in the world.

For this reason, owning gold represents financial privacy and independence. Gold frustrates the attempts of governments to completely control the finances and lives of its citizens.

DEFINITION OF CURRENCY
According to dictionary.com, “currency” is something that is used as a medium of exchange; money; the fact or quality of being widely accepted and circulated from person to person.

LIFESPAN OF CURRENCY
History is full of examples of what happens when a currency dies. Sadly, fiat currencies (meaning a currency with no tangible backing) have a zero percent life expectancy in the long run.

This is why people need gold! First and foremost you should view it as an insurance policy against a collapsing currency. It will maintain its purchasing power over time.

AN EXAMPLE OF HOW GOLD HAS MAINTAINED ITS PURCHASING POWER
Back in the 1920s, gold and the U.S. dollar were convertible. One ounce of gold could be switched back and forth with a $20 bill. This is because the U.S. dollar used to be backed by gold.

QUESTION: What did one ounce of gold or a $20 bill purchase back then?

ANSWER: It barely gets you a meal for you and your spouse at McDonalds!

One ounce of gold at well over $1600 per ounce today still buys you a finely tailored men’s suit, shirt, tie, belt, and shoes. Gold, (or precious metals in general) is your insurance policy against a collapsing currency, in addition to being a fantastic investment. Right now, because of the global, political, geopolitical and economic conditions we are faced with, all arrows are pointing toward gold and silver for preservation and protection.

In a depression, economic crisis, inflation or war people seek financial security. They invest in assets that represent more than just a paper promise to pay. For many, that means owning gold coins.

Precious metals generally respond counter-cyclically to good economic news. That means the worse things get politically, economically, and geo-politically the better they perform. A spastic economy, with elements of both inflation and deflation, will make more traditional investment strategies obsolete. Gold coins should be a major part of every investor’s portfolio over the coming turbulent years.

As I discussed in, “Optimizing your Investments for Safety and Growth,” and “How to Beat Inflation,” the U.S. dollar, for fundamental reasons of too much debt coupled with too little revenue, is now in a long term bear market.

As the dollar goes into a long-term downtrend, millions of foreigners will start re-directing their money out of the paper financial markets and into the world’s other proven reserve currency! All it would take to spark an explosion in the price of gold is one major event: an escalation of terrorism in the U.S., an expansion of the war in the Middle East, another stock market meltdown, or a major bank failure.

Once the price takes off, panic buying could easily set in. If you are not in a position before the price explosion starts, your opportunity for profits will be substantially reduced. To safeguard your financial portfolio, I recommend that you place up to ½ of your investments in precious metals.

Having ½ of your investable assets allocated into precious metals (at this time in history) makes sense as they will be a hedge against declining paper asset classes like stocks, bonds, and currencies. During the 1980s and 1990s, having ½ of your portfolio allocated into precious metals WOULD HAVE BEEN TOO MUCH as everything else was booming. Conversely, if we were on the eve of hyperinflation, having 50% of your portfolio in precious metals would be TOO LITTLE as they would be the only thing that may maintain value.

The recommended percentage allocated into precious metals is dynamic.
The recommended percentage allocated into precious metals is dynamic—it will change given the conditions of the world around us. As the economy gets better, you would lock in profits and reduce your holdings of precious metals. As the economy gets worse, you would need to ADD to your position. Times change, and so should your investment strategy. A BUY AND HOLD forever strategy is a HORRIBLE strategy because nothing GOES UP forever and nothing GOES DOWN forever.

Society gets ugly very quickly when people have no means to buy food, clothing, fuel or shelter. People will be looking for anything that has value to trade for the necessities of life.

Physical precious metals offer exactly what is needed as they are:

GOLD AND SILVER ETFs
Gold and silver ETFs don’t fit the bill. They are just paper.

Mining shares are just another stock and have a lot of additional risks associated with them. Gold and silver have never been worth zero, whereas mining companies can go out of business.

A numismatic coin’s value is based on its rarity, age, condition, and demand in the marketplace. The current price of gold can play a small part in the price of each coin, and premiums are far higher than those of bullion coins. This is the polar opposite of a BULLION COIN, for which scarcity, rarity, and market demand have very little to do with the price of the coin. For bullion, the price is directly a function of the market SPOT price and the number of ounces of metal in the coin.

Most rare numismatic coins are purchased in higher grades, such as MS66 to MS70. This category would include very rare, museum-quality U.S. and foreign gold coins.