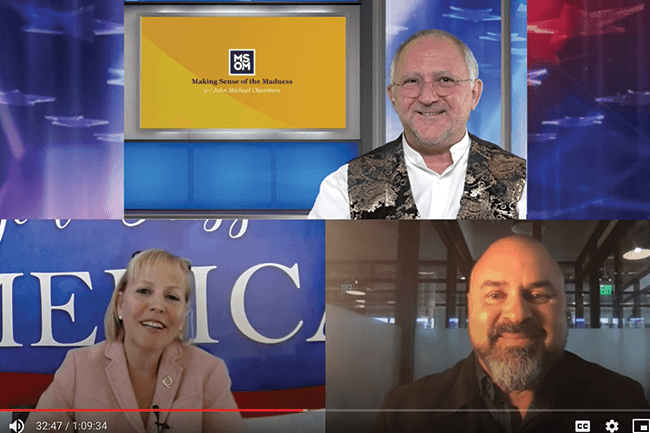 Kirk Elliott PhD was interviewed on a 15 minute segment where he covered:

For over a month now Russia and Saudi Arabia have been flooding the market with oil.  This drove the price down so much that it put U.S. producers pretty much out of business.  This had NOTHING to do with COVID-19.  However, add that to the mix and demand for oil was even less, while at the same time the world was being flooded with oil it was not using.

The media reported Trump had negotiated a deal that would cut OPEC production by almost 10 million barrels a day.  Trump Tweeted on April 15th that he was very familiar with the negotiations, and he was going to get a 20 million barrel reduction!  THIS would put US producers back on the map, working, producing, and generating revenue again.

I encourage you to watch this news program, and my segment to get more detail than was covered in this post.

DID THE TREASURY JUST MERGE WITH THE FED?