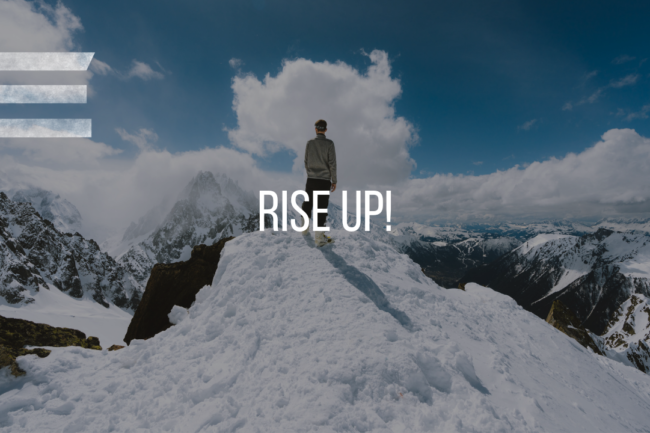 HOW BOLDNESS, COURAGE AND FAITH SAVED A NATION!

I wanted to take a moment and reflect on courage by telling you a story.
Let’s take a moment to ponder the life of Queen Esther, a Jewish queen of the Persian king Ahasuerus.

Haman, the king’s right-hand man, tricked the king into signing a law that would have all of the Israelites killed. Esther’s parents, who were Israelites, already had died and she was raised by her cousin Mordecai. Through a series of events, King Xerxes chose Esther to be his queen. As was tradition however, anyone who came into Xerxes’ presence without being asked could be killed – even Esther!

She conquered her fear.  She defied the odds and stood for what was right. She literally put her life on the line, entered the king’s chamber and spoke. She made her request to the king to have the horrible law changed – a law that would have killed all of her people, including herself.

When Esther requested an audience with the king, what could the results have been? The answer is simple: Either she would find favor with the king and her request be granted, or she could have been killed for even making such a request.

YIKES! The consequences were severe, but the act of one brave woman saved the lives of an entire nation.

Fast forward to today. We have a Congress that is out of control. We have an entire culture of overreach and abuse by the government! Executive orders and legislation are stripping us of our freedoms.

It has taken 244 years to accumulate over $24.5 trillion in debt. With very little demand for the U.S. dollar by foreigners, the Federal Reserve is forced into printing without discretion to fund our lifestyle.

Our level of debt will likely increase another 21 trillion by the end of 2018. Therefore, prepare for at least a $26 trillion debt by the end of 2020. And that is WITHOUT any other excess spending occurring over that time frame. Fat chance! Quantitive easing, which is a code word for cheap money, printing without discretion and flooding the markets with it will probably remain until the dollar collapses. It may not be called quantitative easing in name, but in action only as American’s have wised up the the fact that QE means INFLATION, and LOTS OF IT!

The near-endless list of freedom-stripping bills is mind-numbing and sobering. Like Esther, we need to speak out, make our voices heard, and change the course of history so future generations will still have a country to call home.

Think about it!!! I bet you can come up with dozens of examples where this is the case. But truth is not relative – truth is absolute! In our politically correct, Godless, morally relative society, speaking truth has not only been frowned upon, but made illegal in many circumstances.

When you speak the truth with love – not in a judgmental way, but because you genuinely care – you will make a difference. We are at a crossroads and are dangerously close to going down the wrong path. Once we go down this path, we will not be able to turn around. We will not be able to get off that path. It is the road to serfdom and slavery. It is the giving up of our God-given rights and freedoms in exchange for perceived security.

The scripture says, “If you keep quiet at a time like this, deliverance and relief for the Jews will arise from some other place, but you and your relatives will die. Who knows if perhaps you were made queen for just such a time as this?”

There are certain turning points in our lives where we need take a stand for what is right. We need to make our voices heard. We may not be popular, we may even be putting our security and comfort levels at risk, but the implications for not acting may be the death of a culture, the death of a people group, the death of an economy, or the death of a civilization.

An entire nation was at risk until Esther took a bold step of faith and essentially reconciled in her mind to be the sacrificial lamb for all her people.

Fast forward to today. We have a debt crisis. Politically, geopolitically, economically, morally, socially, and spiritually we have come unglued. It’s time for us to take a stand for truth, make our voices heard, and be lights in the darkness. In doing this, we must remember our Source. For God did not give us a spirit of fear, but a spirit of love and a sound mind. Perfect love casts out all fear.

Think about where you could rise up, be courageous, defend the defenseless, and stand up for truth.  The world needs heroes.  Will you be one of them?

This generation and future generations will be impacted by what we do now. Now is the time to let our light shine! You were born for such a time as this…

TALKING TO YOUR KIDS ABOUT MONEY

IS ALL SPENDING BAD?